The 2020 Spring season is upon us!  We have some roster openings on each of the age/grade levels below.

The Lightning were very well represented at the Triple Crown MLK Tournament in Palm Desert sending 7 teams in 6 different age groups.  Our 13U took home the Silver division Championship with Coach Sak's 10U squad finished as Runner-up.

The 14U squad finished off the 2019 season in grand fashion by going 4-0 on the weekend to win their final tournament of the year.  After earning the second seed with two wins on Saturday, the boys went onto to beat Los Al Combat in a 1-0 nine-inning affair followed by an 8-4 victory over the GBG Renegades in the Championship.

Our 12U Lightning family pulled off a successful fundraiser at Baseballism in the Irvine Spectrum.  This was just one of our December fundraisers to help get these boys to Cooperstown.  We also held fundraisers at Chipotle, Salt Creek Wine and Beer, and have many events planned for the 2020 year.  Our largest fundraiser, the 5th Annual Lightning Golf Tournament is tentatively scheduled for February 28th.

Dorand has a day at the 14U USA Baseball West Championships

PHOENIX - On day two of the USA Baseball 14U National Team Championships in Arizona, Preston Dorand of Laguna Niguel Lightning Summer 2019 and TJ Peters of Trosky Baseball 14U National have been named the Player and Pitcher of the Day, respectively, for their efforts in their team's wins.

Dorand had a 6-for-7 day at the plate for Laguna, knocking two doubles and five singles and scoring four runs across two wins today. The back-to-back victories gives Laguna a 3-0 record so far in pool play. Dorand is currently hitting at a .727 clip through three games while also putting up two RBI today.

Peters started on the bump today for the Trosky, tossing five innings of two-hit ball without allowing a single run in his first start of the week. He also struck out three in his outing to propel his squad to an 10-0 blank of OC Premier Navy and a perfect 3-0 record in the tournament.

Lightning participates in first ever 14U game played at Angel Stadium 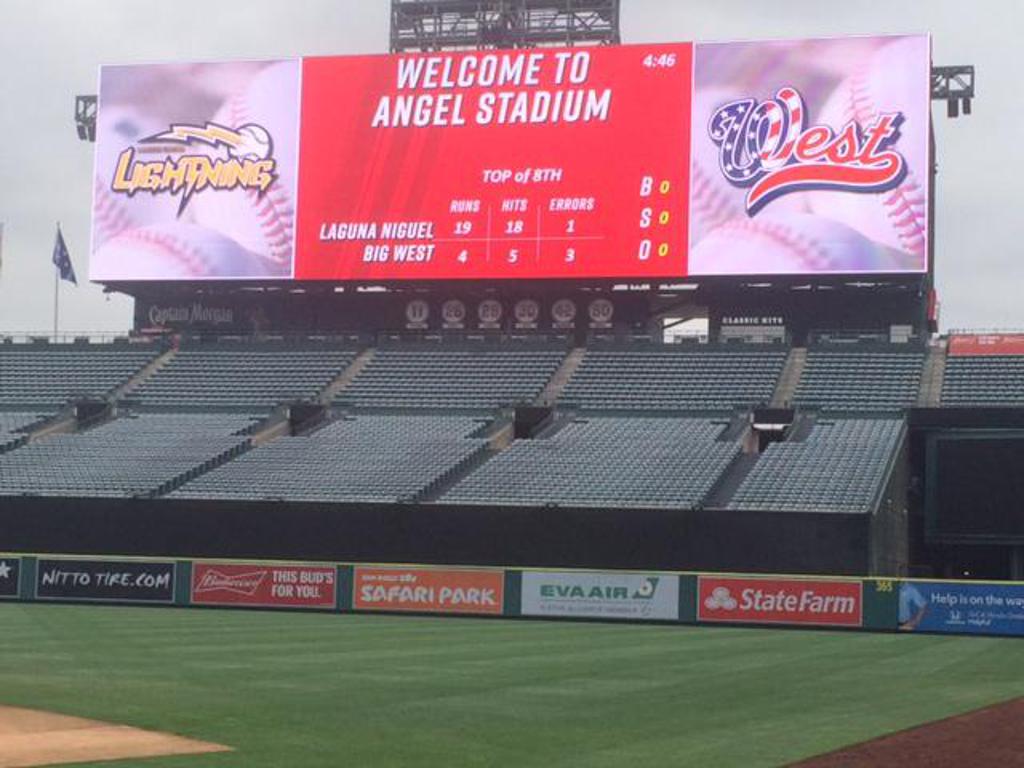 “That was a big win,” said head coach Dave Dopf. “We had to come from behind twice and we did. Our guys were just resilient. I can’t say enough about this team. Every single member of this team is important and it showed today.”

Laguna jumped on the board quickly in the opening frame of the contest. Leadoff hitter Dylan LaMaison climbed aboard with a single and scored two batters later on an error from the third baseman.

BTL responded quickly. Two runs from the home side in an inning highlighted by a solo home run from Dallas Keaton vaulted the Hornets to a 2-1 advantage.

In stepped Chase Sutton and the Lightning offense. With Brady Franzini already on first base, Sutton matched Keaton with a home run of his own, propelling Laguna on top, 3-2.

“I was seeing a lot of fastballs,” said Sutton. “At every point in the ballgame, I had faith that our offense was going to do its job and score runs. I was lucky enough to be a part of that today.”

The Lightning added a fourth run in the third inning and appeared to be on cruise control. In the fourth, however, BTL flipped the script.

As five of the first six batters reached safely, the Hornets managed to plate three runs, stunning Laguna and stealing back the lead, 5-4.

“We’re never going to quit,” said Lightning pitcher Wyatt Nichol. “Most teams in that situation are going to be a little down. Our energy was great all afternoon and I think it fueled us until the end.”

BTL and Laguna traded blows in the fifth inning, keeping the Lightning’s deficit at one. Earning the right to bat in the sixth frame, Dopf and company had one last chance to produce something special.

Back-to-back Hornet errors sparked a little life into the Lightning dugout, and a walk from Franzini had tensions on both sides at an all-time high with Sutton striding to the plate for Laguna.

“Coach told me I was going to get a fastball,” Sutton said. “Even though coach told me, I wasn’t really ready for that first one. When I saw the second one outside, though, I just swung.”

Rocketing his second-pitch fastball to the fence, Sutton unloaded the bases for a three-RBI triple.

“Chase is a very athletic kid,” said Dopf. “Every once in a while he’s capable of going out there and doing something special. He’s only 13 years old but played to his full potential today.”

Leguna’s job wasn’t over yet. Despite its two-run advantage, the Lightning still needed to shut down BTL one last time to seal the victory. Taking over pitching duties in the fifth inning, Nichol trotted back out to the mound in the sixth.

“In a moment like that, you really have to lean on your teammates,” Nichol explained. “Hearing everyone cheering in the dugouts and the stands, I thought to myself, ‘Ok, I really have to get this done.”

A two-out double would be the only blemish on Nichol’s final stat line Wednesday afternoon. The right-handed calmly collected the game’s final three outs, handing Laguna the 8-6 win.

“I think we just continued to put pressure on their defense all day,” Dopf said. “Even though it was an error that got us going, it was a hard-hit ball and I think it gave us a little spark. One thing led to another and our boys were able to pull off something tremendous.”

Its two wins leave Laguna atop pool D in the 13u Division. The Lightning will look to continue its winning ways against Rauchis on Thursday before the double-elimination bracket begins on Friday. 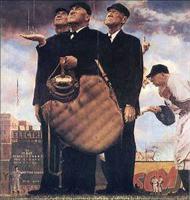 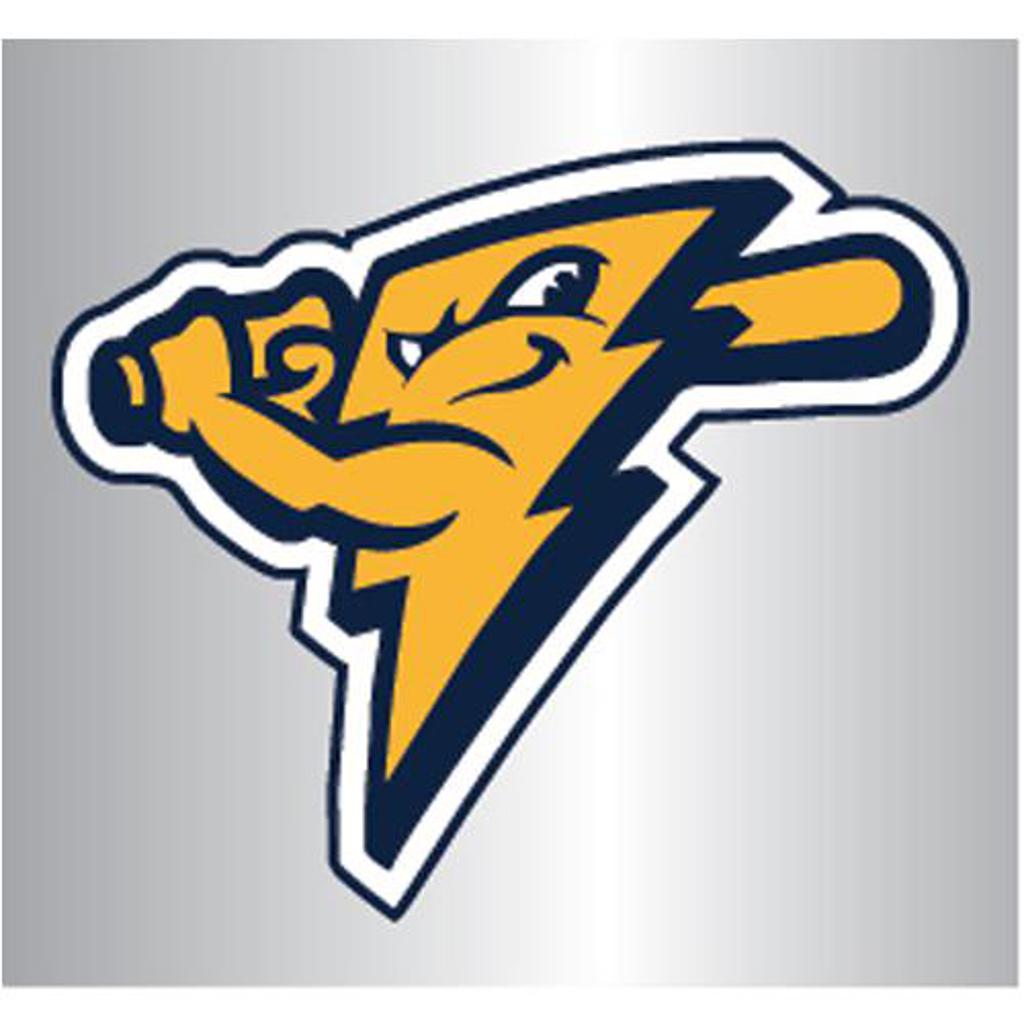